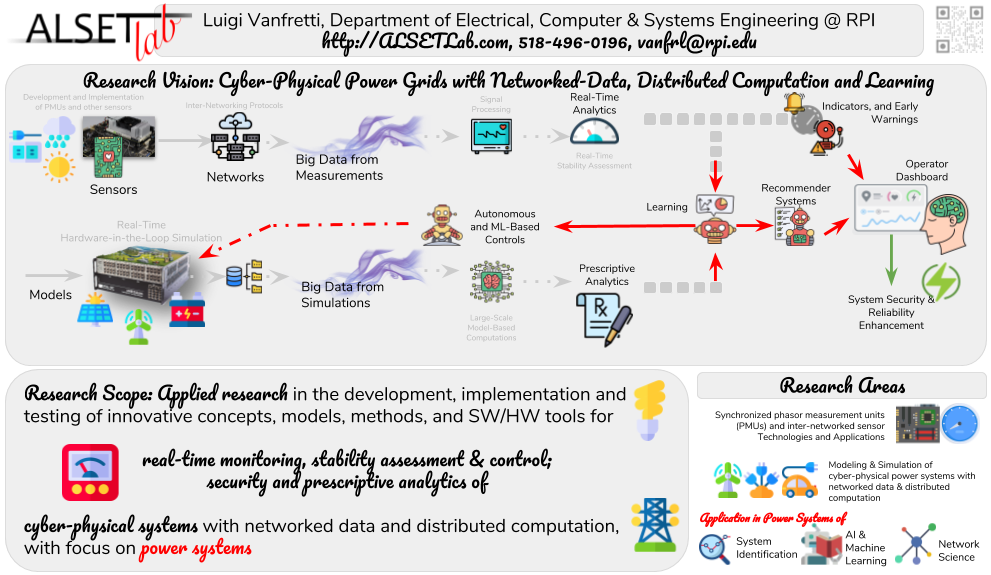 This is the website of Prof. Luigi Vanfretti and ALSETLab (a research group and a laboratory) at the department of Electrical, Computer and Systems Engineering Department of Rensselaer Polytechnic Institute, Troy, NY.

If you are a student, and would like to enquire how to join my team, please see this page: Join!

ALSETLab is the name of Luigi’s research group and also the real-time hardware-in-the-loop laboratory facility built for research at RPI. The acronym stands for (ALSET: Analysis Laboratory for Synchrophasor and Electrical energy Technology) and (Lab: for Laboratory). Click on “The Lab!” in the navigation bar to see what “The Lab!” is all about.

Note: although the acronym is more of an excuse for using the name of Nikola Tesla... read ALSET backwards!

Luigi Vanfretti is an Associate Professor with the Department of Electrical, Computer, and Systems Engineering, at Rensselaer Polytechnic Institute, Troy, NY, the oldest technological university in the English speaking world. Since 2017, he has established the ALSET Lab, a real-time hardware-in-the-loop simulation facility for cyber-physical system experimentation and research.

Luigi received the M.Sc. and Ph.D. degrees in electric power engineering from the Rensselaer Polytechnic Institute, Troy, NY, USA, in 2007 and 2009, respectively. He was with the KTH Royal Institute of Technology, Stockholm, Sweden, as an Assistant, from 2010 to 2013, and an Associate Professor (Tenured), and a Docent, from August 2013 to August 2017, where he leads the SmarTS Lab and research group. He was also a Visiting Faculty at the King Abdullah University of Science and Technology in the summer of 2019, performing teaching and research on modeling and simulation technologies for cyber-physical systems.

Luigi also carries out professional activities, working for Statnett SF, the Norwegian Electric Power Transmission System Operator, as a Consultant, from 2011 to 2012, and a Special Advisor in R&D, from 2013 to 2016. In addition, he has worked as a scientific consultant at the SuperGrid Institute in Lyon, France, working on system identification applications for electrical grids.

Here’s a picture of Luigi: 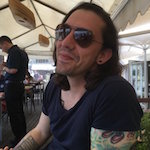 While you are here, take the chance to …